On the Strip Attractions 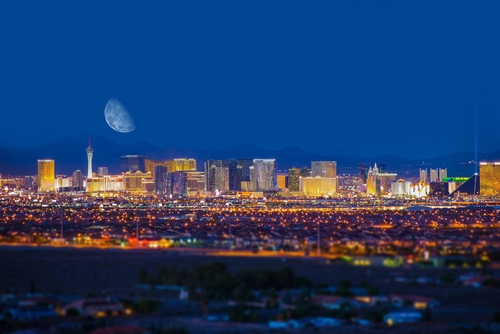 The dizzying lights of the Las Vegas Strip constantly flash at travelers like you. There are too many fun things to do in Las Vegas all at once, and the demand for your attention is persistent. For a time, you might enjoy strolling along and responding to the street hawkers calling out to you. Eventually, you’re going to want to know what the strip has to offer beyond the dazzle and noise.

Are you making the most of your time? It helps to do a little research before you plunk down your hard-earned cash on the thrill of the moment and Best Vegas Attractions can help. We pair you with our members to provide you with the vacation excursions, adventures and experiences that satisfy your need for excitement during your escape from the mundane.

We’ve built a network of providers that offer you the best attractions at affordable rates. We know that you came to Las Vegas for something unique, and our members deliver. These are the highest quality attractions managed by companies who understand what production value means to you. There’s no need to go sifting through the desert sands in search of these treasures. Our members create unique activities for you to enjoy right on the strip.

Certain attractions are sealed away in climate-controlled environments. You can have fun and escape the desert heat for a little while. We also match you with Las Vegas tours that take you to see the area’s most interesting features. Tours depart from locations nearby, so you don’t have to travel to meet your group. Choose from adrenaline pumping attractions like indoor skydiving or driving high-speed race cars on your own private track. Peruse the strip at your leisure, indulging in food tours of some of the best restaurants that the world has to offer. Our Members provide award-winning excellence for every visitor. Take a risk and try something new or spend your time doing what you already know you love.

Save Time, Save Money, Get Value

Book your appointment through our online form. Just select the activity that appeals to you, and then click on the “Book Online Now” button to get started. Choose between several options and schedule your appointment time online. Our platform allows you to evaluate several attractions all at once from your smartphone or tablet. There is no need to stand in line at an agent’s kiosk. Compare many different choices quickly, and then make your vacation exactly what you want it to be. Book your appointment directly through Best Vegas Attractions to take advantage of the special discounts we’ve negotiated for you. If you have any questions or requests, our member’s agents are ready to take your call.

Take a moment to browse through our list of providers. Find the travel hotspot that appeals to you and click the link to find out more about that member. Consider a few options and then go for it. Availability at certain venues may be limited. Book now to lock in your appointment time before the moment passes.